rt.com
2 January 2020
Dr. Frank Furedi, author and social commentator is an emeritus professor of sociology at the University of Kent in Canterbury. 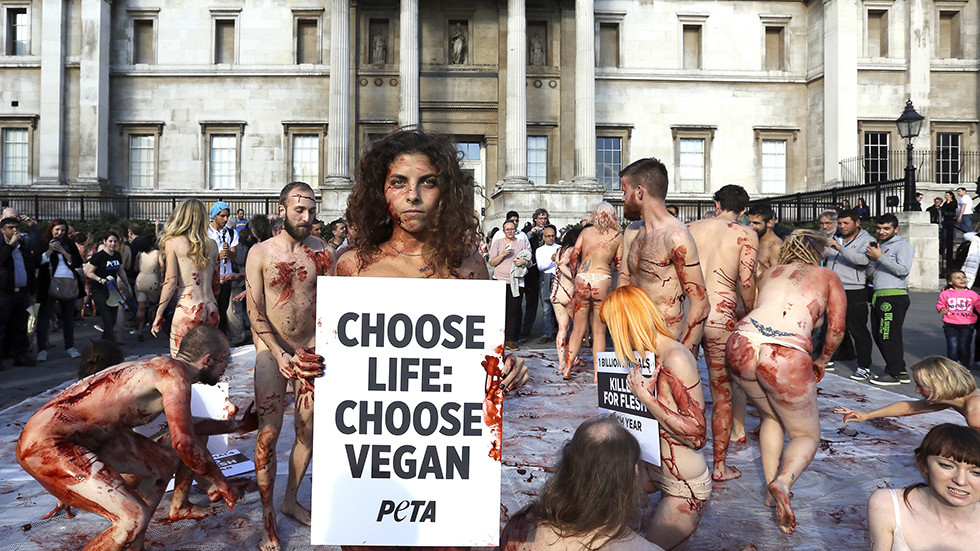 British ‘ethical vegan’ Jordi Casamitjana hopes to have his whole movement recognized by an employment tribunal as a protected belief, similar to a religious faith – which could give vegan zealots free rein in the workplace.

Casamitjana says he was fired from his job because of his beliefs – he disclosed to other employees at the League Against Cruel Sports that it invested its pension funds in firms involved in animal testing. He couldn’t leave well enough alone because he is an ‘ethical vegan’ – someone who doesn’t just avoid animal products, but also holds veganism as a “philosophy and a belief system”, and, apparently, feels the need to spread it around.ALSO ON RT.COMUnashamedly intolerant: Veganism promotes a religion of hate, attempts to guilt-trip & ridicule meat eaters

During hearings on Thursday and Friday, Casamitjana hopes to convince an Employment Tribunal that his beliefs should enjoy the same status as long-established religions such as Christianity, Judaism or Islam. Beyond merely vindicating the man in his job dispute, the process could end up opening the door to endowing veganism with the authority of the sacred.

In an era where lifestyle identity and politics dominate public life in the Western world, there is a constant tendency to transform individual beliefs into a sacred cause. Vegans are only the latest of a long line of life-style warriors who have demanded that their beliefs should enjoy the legal protection afforded by the Equality Act. In response to these demands, the courts have adopted a relatively relaxed attitude towards dishing out protected status. In 2011, a court ruled that belief in the sanctity of animal life should be protected. As a result of recent rulings, the status was bestowed on the conviction that fox hunting is evil, and the belief that it is possible to communicate with the dead using psychic powers.

Hundreds of #vegan activists marched through central London on Saturday to raise awareness of animal rights.455:10 AM – Aug 20, 2019Twitter Ads info and privacy38 people are talking about this

There is, of course, a weighty argument against the proliferation of protected beliefs; which is that it undermines the moral authority of long-established religions. As more and more everyday views are accorded the same moral status as long held religious ideals, the idea of the sacred becomes diluted and emptied of meaning.

Nevertheless, I do not mind if veganism gains legal recognition for what it really is – a proselytising would-be religion. The zealotry of many vegans resembles the attitudes and forms of behaviour that are generally associated with the worst features of theocratic intolerance.

Crusading veganism needs to be distinguished from the personal decisions to eat only vegetables and avoid animal products. It regards non-vegans as akin to ignorant heathens, who must be converted to the cause. Towards its critics it has adopted the ruthless temper of the Inquisition. Vegan fanatics have targeted turkey and livestock farmers, butchers and steak houses.

Even the mainstream of this movement has adopted the intolerant habit of treating meat eaters as their moral inferiors. They ceaselessly moralise and lecture people about how they should live their lives. Unlike vegans in the past, who regarded their attitude to food as a private dietary issue, their contemporary brethren believe that converting others to their way of life is a public duty.ALSO ON RT.COMPaper beer bottles & wooden cutlery: Do eco-moralists care more about the environment, or turning people’s lives upside down?

Vegans unleashed to set their rules

The real question at stake is not whether or not veganism becomes as protected as a religion, but the practical consequences of this decision for the rest of society. In a democratic society, individuals are entitled to hold strong beliefs. However, they are not entitled to impose those beliefs on others. Nor are they entitled to expect that employers, colleagues and other people must accommodate to their beliefs. Yet, that is exactly what the drive for protected status for veganism hopes to achieve.

The most significant issue here is to what extent the public will have to accommodate to the ambitions of veganism. Recently a nursery that introduced a plant-based only menu was forced to backtrack after the children’s parent revolted against its unilateral imposition. If nurseries believe that it is OK to enforce their doctrine on little children, how long before other institutions follow suit? Will employers be expected to provide employees with vegan meals? Will they have to accommodate to vegans’ dislike for leather chairs and clothes because of the ‘stress’ and ‘mental harm’ they cause them? Though the answer to these questions is far from clear, it is likely that protected belief status will embolden these attempts to impose a certain lifestyle on the rest of us.

In reality, veganism does not need protected status, because it enjoys significant support from the UK’s cultural establishment. The Economist rightly predicted that 2019 would be ‘the year of the vegan’ and that veganism would go mainstream. Celebrities like Arianna Grande and Benedict Cumberbatch regularly endorse their vegan diet. On the media and the domain of youth culture, a vegan diet is often portrayed as a mark of virtue. However, for the vegan crusade, the adherence of celebrity culture to its cause its not enough. It wants to force itself on the meat-eating majority. Gaining protected status for its dogma would provide them with legal clout to further that ambition.


Good to be back