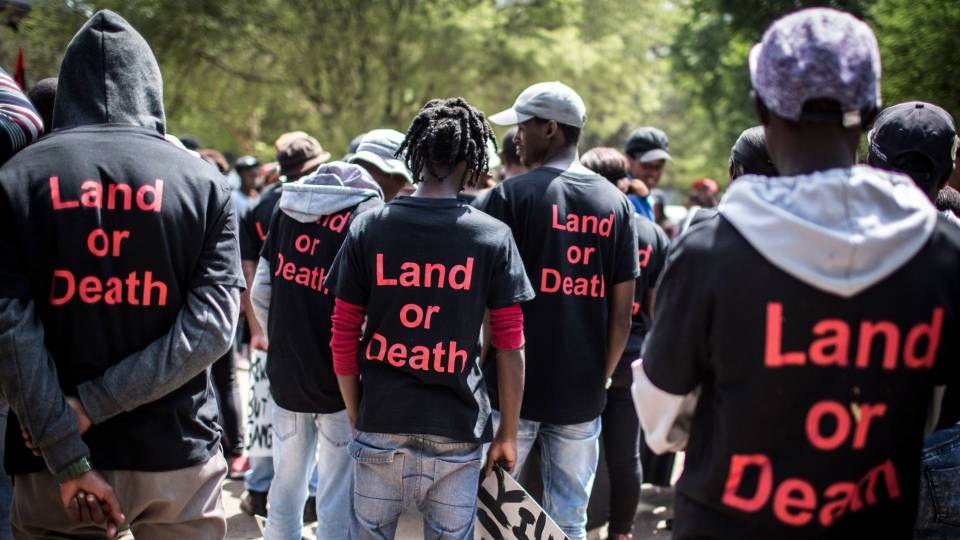 South African President Cyril Ramaphosa has said the ruling African National Congress must initiate a parliamentary process to enshrine in the constitution a proposed amendment, paving the way for land grabs without compensation.

Ramaphosa, who vowed to return the lands owned by the white farmers since the 1600s to the country’s black population after he assumed office in February this year, said on Tuesday that the ANC would introduce a constitutional amendment in parliament.

“The ANC will through the parliamentary process finalize the proposed amendment to the constitution that outlines more clearly the conditions under which expropriation of land without compensation can be effected,” Ramaphosa, a prominent trade union leader and a close associate of Nelson Mandela, said in a televised address on Tuesday.

The millionaire ex-businessman argued that “it has become pertinently clear that our people want the constitution to be more explicit” about the proposal, which is viewed by the South African white minority as forceful expulsion that can incite violence against farmers.

There have been growing fears that the planned expropriation will deal a blow to commercial farming in the country and might put it on the verge of a food production crisis, like the one that struck Zimbabwe when it unleashed a similar crackdown on white farmers in 1999-2000.

Promoting his plan to boost land redistribution in March, Ramaphosa sought to assure white citizens, who constitute roughly nine percent of the total population, that the government would handle the controversial matter through “dialog, discussion, engagement, until we find good solutions that take our country forward.”

“There is no reason for anyone of us to panic and start beating war drums,” he said at the time, noting that nothing should prevent farming activities from continuing as normal.

However, many of the Boers, descendants of Dutch settlers in South Africa, do not take the government’s promises at face value, instead seeking asylum abroad from what they say is a surge in violence and government-fueled hostility against them.

Last month, a call from Australian Home Affairs Minister Peter Dutton to provide emergency visas for South Africa’s white farmers, who are reportedly facing persecution at home, sparked a diplomatic scandal, with the head of the South African opposition labeling Australia “a racist country” for granting refuge to white farmers both in the Mandela era and now.

Boers have also appealed to Russia, seeking to resettle farmers who no longer feel at home in South Africa. A delegation consisting of some 30 South African farming families arrived in Russia’s farm belt Stavropol Region last month, asking the local authorities to consider resettling up to 15,000 Boers.

Moving “is a matter of life and death” for them the head of the delegation told the media.

The region’s Deputy Commissioner for Human Rights Vladimir Poluboyarenko told RT earlier there is a plan in place to resettle up to 50 Boer families and potentially some 500, who would arrive to Stavropol with their own cattle.

After completing five events in Australia, Stefan Molyneux and Lauren Southern went to New Zealand for an August 3rd event in Auckland – but due to circumstances beyond their control, things went terribly awry and the event was canceled.

They’ve been called free speech advocates and far-right extremists. Lauren Southern and Stefan Molyneux’s Auckland talk was cancelled after the venue pulled out, but they came to Newshub to speak with Patrick Gower about their views and the controversy.

Thank you everyone who has supported me, stood by me and believed in me. Today I came home to my children for the first time in two and a half months and I couldn’t have done it without you. Thank you.