Scientists are concerned over how plastic bottles are contributing so heavily to environmental destruction, noting how the misuse of these bottles could lead to a real environmental crisis.

Plastic bottles are everywhere. They’re in landfills, recycling plants, on roadsides, and many are disintegrating very slowly at the bottom of the oceans. Because so many people consistently choose convenience over the environment, an estimated 1 million plastic bottles are purchased every minute worldwide. The equivalent of a garbage truck worth of plastic bottles is being dumped into the ocean every minute, as well. [1]

“Although plastic bottles are recyclable, many end up in a landfill and take up to 1,000 years to break down. When littered they often end up in the sea where they break up in small pieces, killing marine life that mistakes them for food.”

The U.S. tried to cut down on plastic bottle waste by attempting to institute bans, but the efforts largely failed.

Why not increase the amount? It all comes down to aesthetics, pathetically. Drink companies complain that using more recycled plastic wouldn’t allow them to produce shiny, clear bottles, and that there isn’t enough good-quality recycled plastic to make the effort worthwhile. [2]

This unwillingness to save the planet by making slightly less attractive bottles puts human health at stake, as well. According to researchers at Ghent University in Belgium figured out that people who eat seafood consume as many as 11,000 tiny bits of plastic every year. In August 2016, a Plymouth University study found plastic in 1/3 of fish caught in the U.K., including cod, haddock, mackerel, and shellfish. [3]

And in 2016, the European Food Safety Authority (EFSA) called for urgent research, citing growing concern for human health and food safety “given the potential for microplastic pollution in edible tissues of commercial fish.”

Read: Will there be More Plastic than Fish in the Ocean by 2050?

Hugo Tagholm, of the marine conservation and campaigning group Surfers Against Sewage, said:

“The plastic pollution crisis rivals the threat of climate change as it pollutes every natural system and an increasing number of organisms on planet Earth.

Current science shows that plastics cannot be usefully assimilated into the food chain. Where they are ingested they carry toxins that work their way on to our dinner plates.”

Matthew Conclusion Forget about climate change because it never an issue; climate always change. There are real environmental issue and I’m addressing one of them and it about plastic pollination. That the reason I posted this article from Natural Society so you people can get the information and I got to say.
But the good news that there ways that plastic can to be recycle by converting plastic into fuel; and I manage to find a couple video from youtube for you check it out.

The Technology is here that to be use to clean up the plastic pollution that plaguing the ecosystems and life on the planet. The Diagram below; how plastic can be converted into fuel; this simple diagram might give you an idea how might build a machine that convert plastic into fuel. 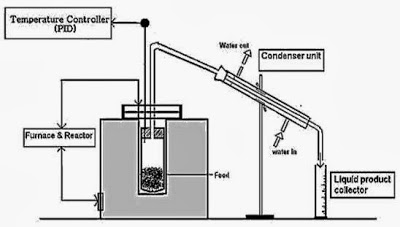 It we start building machine that converts plastic into fuel in many year plastic pollution would be the thing of the past. 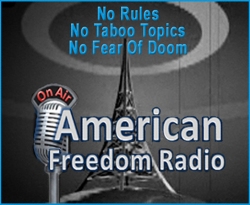