This was because it was extremely difficult, if not impossible, to keep it free of any microbial contamination from fecal material, Nigel French told farmers and scientists at the New Zealand Milk Quality Conference in Hamilton.

French told farmers and scientists there was some evidence of perceived health benefits from raw milk consumption. “But at the moment it’s still considered inconclusive and a lot of work needs to be done to see whether these are real effects and whether they are true in both adults and children.”

French said he would still question its consumption even if its health benefits were proven.

Those risks were pathogens such as campylobacter, salmonella, cryptosporidium and E. coli that were known to exist on New Zealand farms.

They also turned up in raw milk, most likely from direct fecal contamination.

French is a professor of food safety and vet public health at Massey University.

He said there were 33 outbreaks of disease associated from raw milk consumption in New Zealand last year.

In the Manawatu, there was an outbreak of nine cases of campylobacter directly resulting from raw milk consumption and this year in Timaru two children were hospitalised after drinking raw milk from a dairy farm.

French said he was “very aware” this was a highly emotive subject.

Raw milk consumption was an increasing trend and he estimated there were about 100,000 consumers of raw milk in New Zealand and the number was growing. There were also a high number of farming families that drank raw milk.

In New Zealand it was illegal to sell raw milk at retail outlets, but under the Food Act, consumers can buy up to 5 litres of raw milk from the farmgate as long as it was for themselves or their families.

There has been growth in a number of raw milk producers and sales were taking place outside the regulatory framework, French said.

“In newspaper articles, sellers of raw milk were openly admitting selling up to 16 litres at a time.”

Data collected on people who were ill from drinking raw milk showed that 26 out of 78 cases drank the milk for health reasons.

He said there was a huge amount of anecdotal stories about raw milk’s health benefits from helping everything from Parkinson’s disease, eczema to asthma.

The Health Research Council were partway through a study on raw milk that looked in detail at its consumption in farming and non-farming families and compare the risks associated with allergic conditions in detail.

One overseas study showed there were some perceived health benefits, but it had been criticised for its poor study design.

More work was needed on studying the health benefits of raw milk consumption in adults.

Another study showed a reduction in asthma, hay fever and dermatitis from those that drank raw milk. But this study also had limitations, he said.

However, raw milk advocate Deb Gully said the product was an easy target when people got ill, but questioned the evidence proving that it was conclusively raw milk that caused the sickness.

Gully is the co-leader of the Wellington chapter of the Weston A Price Foundation, which promoted traditional food consumption, including raw milk.

Dairy farmers who sold raw milk had formed the Raw Milk Producers Association of New Zealand that would establish guidelines and set standards to ensure it produced in a manner that ensured it was safe for consumption, she said.

“Raw milk needed different standards to milk that’s going to be pasteurised and people selling it had to do certain things to make sure the cows were healthy, the milk was good quality and they had procedures and testing.

“The guys that are doing it regularly, they’re strict. They don’t want to see cowboys coming along.”

My Comment
When I was a child I wasn’t a fan on raw milk and I raised on a dairy farm and as I got older I begin to like the taste of raw milk and it didn’t make me sick and my parent do drink as well and he seen to be okay on it. People do benefit from raw milk and it not always for everyone due to allergy reasons. People should have a choose to drink raw milk or not and it’s the people’s decision not the Universities nor Food Safety Ministries.
That why it’s always paid to think for yourself.

Waikato farmers will know tomorrow if the regional council will halt the helicopter policing of effluent discharges.

The council will consider a recommendation to stop the flyovers and review its environmental enforcement methods, after farm leaders said the flights could raise farmers’ stress levels.

Waikato Federated Farmers president Chris Lewis told council staff at a dairy industry group meeting in Hamilton this week he would like to see a clear Waikato strategy with clear rules if the review of the flyovers went ahead.

“Promote it, get clear rules, re-brand it, re-market it and make sure the farming community knows it black and white,” Lewis said. END_OF_DOCUMENT_TOKEN_TO_BE_REPLACED

Watts Up With That?

NIWA is being sued by the NZ Climate Coalition, mainly due to the differences in data in this graph:

The country’s state-owned weather and atmospheric research body is being taken to court in a challenge over the accuracy of its data used to calculate global warming.

The New Zealand Climate Science Coalition said it had lodged papers with the High Court asking the court to invalidate the official temperatures record of the National Institute of Water and Atmospheric Research (Niwa).

The lobby of climate sceptics and ACT Party have long criticised Niwa over its temperature data, which Niwa says is mainstream science and not controversial, and the raw data publicly available. 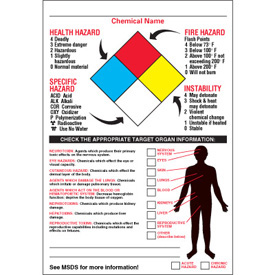 I am constantly observing signs in the sky here in North Canterbury, New Zealand that can only be explained by the presence of clandestine Atmospheric Aerosol Geoengineering operations overhead. The high concentrations of sprayed aerosol material often create a milky-white veil which blots out the sun, along with some unusual cloud formations, or other anomalies.

On May the 20th, 2014, in the late afternoon, a disturbing color display, reminiscent of an oil slick, was revealed in some high cloud to the west above the mountains.

There should be chemical warning labels on all containers in laboratories and workplaces, but what if the experimental lab is our atmosphere? What if these chemicals are harmful to our health, and the health of our environment and every living thing?  Should we not be warned that there are hazardous materials descending in the residue from chemtrails? We should be warned, but…

Paediatric cannabis therapy is saving lives, and awareness around this topic is imperative. I wrote an article last March about Brave Mykayla, and now she’s made a video that can help spread awareness about cannabis and its effectiveness in treating cancer. Her parents reached out to us and thanked us for spreading her message, and we will continue to do so as long as Mykayla does so.

It’s important to be aware of alternative treatments, since (in the United States) there are only two approved treatments for cancer, radiation and chemotherapy. When you are an adult with cancer you have a choice, but when you are a child your parents do not have the option to refuse the approved way without facing legal repercussions, which means you could lose custody of the child. END_OF_DOCUMENT_TOKEN_TO_BE_REPLACED

You’ve heard it before and you’ll hear it again: prevention is better than cure.

Whether that’s in relation to common sexually transmitted infections, smoking-induced lung cancer or the run-of-the-mill cold and flu that pops up every Winter, the fact remains the same.

No one likes to be struck down by sore throats, headaches, coughs and the like, so you should prep your body to fight off any infections that circulate via your work’s air-conditioning system/general life.

Luckily for all of us, it’s really easy to give our immune systems a bit of support, and it won’t make a difference to your daily habits. Keep reading for five quick tips… END_OF_DOCUMENT_TOKEN_TO_BE_REPLACED

Physical currency to “disappear within 20 years”

A shopping street in Manchester has banned cash as part of an experiment to see if Brits will accept a cashless society, while all London buses will stop accepting cash payments from next month onwards.

The purpose behind the experiment, which will take place in Chorlton, South Manchester, is to “test customers and business reaction to the idea” and is being overseen by credit card processor Handepay. END_OF_DOCUMENT_TOKEN_TO_BE_REPLACED

(NaturalNews) Images are surfacing across the internet that illustrate the true dangers associated with genetically modified (GM) seeds, as admitted by the seeds’ manufacturers. The Food Warrior Network recently posted a photo of a seed package distributed by Monsanto India Limited, for instance, that warns users not to consume the seeds or use them as food, oil or animal feed, because they are poisonous.

This shocking photo is sparking controversy among many health advocates, particularly as the biotechnology industry ramps up the propaganda machine to reassure the public that GMOs are safe and no different from natural organisms. On the contrary, GM seeds are admittedly dangerous and not safe for human consumption, which means the widespread industry claim that they are substantially identical to natural seeds is wholly false. END_OF_DOCUMENT_TOKEN_TO_BE_REPLACED

(NaturalNews) When drug companies are caught faking clinical trial data, no one is surprised anymore. When vaccine manufacturers spike their human trial samples with animal antibodies to make sure their vaccines appear to work, we all just figure that’s how they do business: lying, cheating, deceiving and violating the law. END_OF_DOCUMENT_TOKEN_TO_BE_REPLACED